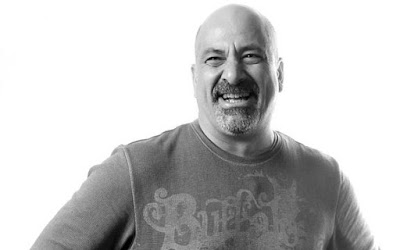 In case you have missed it. Longtime DC Co-Publisher Dan DiDio is no longer with the company. First reported by ComicBook, in their original story they said DiDio was "removed" from his position, but later removed that portion of the article.

Newsarama.com has confirmed DiDio is no longer employed by DC, though no other details are available.

The change comes seemingly suddenly. According to particpating retailers, DiDio was posting to a retailer-only Facebook forum on behalf of DC as late of Friday morning. Newsarama.com has also heard from freelancer creators who report having worked with DiDio on DC projects Friday morning. DiDio was also just recently announced to appear at next weekend's C2E2 for several panels including a "Meet the DC Publishers" panel with his colleague, DC Chief Creative Officer/co-Publisher Jim Lee

This ends an 18-year run at DC for DiDio, who joined the company in January 2002 as Vice President-Editorial while co-writing Superboy. In 2004 he was promised to VP/Executive Editor, and then in 2010 he and Lee took over DC's Publisher title following the retirement of Paul Levitz.

Over the years, DiDio moonlighted as a writer for DC on several occasions, including for the current Metal Men 12-issue series.

This is the seventh departure from DC's editorial department in the past six months, following the exits of Pat McCallum, Molly Mahan, Rob Levin, Alex Antone, Dan Telfer, and Harvey Richards.
Posted By nwcomicgames at 5:09 AM