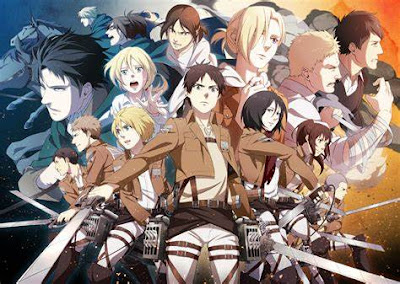 Attack on Titan's final arc has been getting far more intense with each new chapter of the series, and as it speeds to what is most likely going to be a tragic end for everyone the wait for new chapters gets rougher with each new release. With Eren now unleashing the full power of the Founding Titan on the rest of the world and the fanaticism of the Yeagerists reaching a fever pitch, it's up to a ragtag group of unexpected allies to make a move and save the rest of the world from the impending destruction.

With the wait for Chapter 127 of the series nearly over as the release date was previously confirmed to be March 9th in Japan, the editor for the series recently shared an update as to the progress for the next chapter of the series. Kawakuno Shintaro took to Twitter to confirm to fans that work on Chapter 127 is now complete so now it's just a matter of waiting a few days to see how it all turns out!

Series creator Hajime Isayama once revealed that he planned to end the series sometime this year, and this became even more clear during a special exhibition of the manga's final moments last year. It's here that he was able to flesh out his thoughts on the upcoming finale even more, and revealed the following about what's to come, "There’s certainly an increase in the amount I want to draw…I feel strongly that I’ve grown very close to it. I think I’ve been proceeding based on how I want to draw the last scene."

But while the his vision for the end of the series is cemented in place, getting there is going to be another story altogether as Isayama admitted the following in the same interview during the exhibition, "Of course, there are many precursors to the main goal, and taking each step in line with them is extremely challenging, and there are also parts that have to balance out, which is tricky."
Posted By nwcomicgames at 5:13 AM