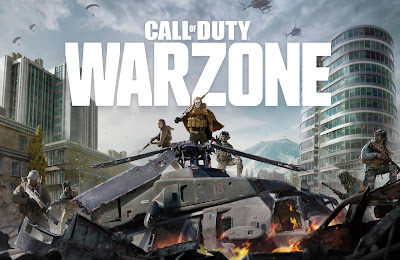 To say that there was a lot of hype surrounding the release of Call of Duty: Warzone would be a bit of an understatement. From the moment the game's existence was spoiled by leakers, fans pleaded with Activision for more information on the game. The title has only been out for 10 days now, but it certainly seems like the game has managed to live-up to the hype. After reaching more than six million players in its first 24 hours available, Warzone has now been played by more than 30 million players in its first 10 days. It's an impressive achievement for the battle royale game, and a good sign for the title's future success.

While those numbers are impressive enough on their own, it's worth noting that Call of Duty: Warzone is off to a better start than other battle royale games, including Fortnite and Apex Legends. That said, it will be interesting to see if the game can achieve the same kind of longevity. Battle royale games have found an incredible amount of success over the last few years, but it's impossible to know how many games the genre can support at the same time. Whether or not Warzone's success will result in gamers abandoning other battle royale games remains to be seen.

Of course, a major part of any battle royale game's success hinges on strong support from the game's developer, and Infinity Ward has shown a significant interest in keeping the game going through various updates. The developer is currently working on adding support for larger teams and bigger lobbies. Infinity Ward has already surprised fans with a quick roll-out for solos mode, and that is a great sign that future updates could also arrive quickly.

With many gamers currently self-isolating and looking to spend some time immersed in their favorite games, it stands to reason that Call of Duty: Warzone just might continue to put up impressive numbers for Activision. During that time, players will no doubt have greater opportunities to delve into the game, and it just might help Warzone find an even bigger audience.
Posted By nwcomicgames at 6:34 AM