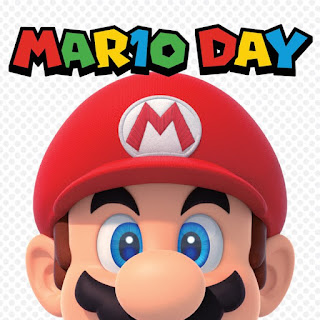 With Pokemon Day now in the rear-view mirror, gamers should be getting ready to celebrate Mario Day, in honor of Nintendo's most famous mustachioed plumber (sorry, Luigi). Since MAR10 looks an awful lot like "Mario," the event has taken off, a bit. The whole thing is a little silly, but it does mean some nice bargains for Mario fans, so it certainly feels justified! Gamers can not only score games at a discounted price, but also a number of other Mario-related items, as well. What's more, a lot of retailers are getting in on the fun, so there are different places to pick from!

One of the most notable deals is a 20% discount on select Mario merchandise from the Nintendo online store. To get the deal, players will have to part with 450 Platinum coins. Given that those coins are fairly easy to come by, it's a pretty nice trade-off. The 20% coupon can't be put towards games, but it can be used for controllers, clothing, toys, and more. Nintendo hasn't been the best at giving fans ways to use Platinum coins, so this could prove to be a good way to get rid of some, while also scoring some merchandise for less.

While that discount doesn't apply to games, several retailers will be offering discounts on Mario-related titles for the Nintendo Switch. Deals vary by store, but Target, Best Buy, Walmart, and more are participating, offering games like Super Mario Maker 2, Yoshi's Crafted World and Super Mario Party for $20 off. Target is also offering a free set of Joy-Con Wheels with the purchase of Mario Kart 8 Deluxe. Considering that Nintendo published software rarely goes on discount, it's a pretty good way for gamers to build-up their Switch libraries!

In addition to the discounts, Nintendo fans in New York City can see the company's mascot at the Nintendo World store on Tuesday. At this time, the company has not announced if they will have any giveaways or other incentives for attending that day, however.
Posted By nwcomicgames at 5:17 AM