Weekend Headlines | BATMAN #90 Gets Reprint Ahead of Release 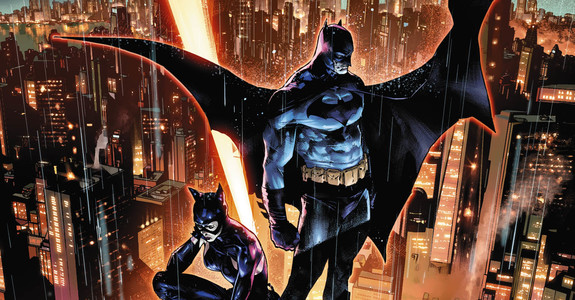 Batman #90 has sold out ahead of its March 4 on-sale date and is rushing back to press for a second printing! This marks the second straight pre-on sale sellout for the series, following Punchline's debut in Batman #89.

Batman #90 Second Printing reprints part five of "Their Dark Designs," written by James Tynion IV and illustrated by Jorge Jimenez and Tomeu Morey. This issue is a special flashback to the early days of the Designer's plan and will arrive in stores with a recolored version of its original cover by Jimenez.

Batman #90 shows how the Designer started pulling the strings of Gotham City's greatest criminal minds: The Joker, Catwoman, the Riddler, and Penguin. Along with Jimenez's take on the classic versions of those villains, the issue also includes the artist's depictions of modern-day Batman and Catwoman, plus Harley Quinn.

Also coming up in Batman: Punchline's next appearance, set for Batman #92, on sale April 1, 2020 featuring a stunning portrait variant cover of The Joker’s new partner in crime by Stanley “Artgerm” Lau.

The second printing of Batman #90 is available at local comic book shops on Wednesday, March 25, 2020.
Posted By nwcomicgames at 4:36 PM