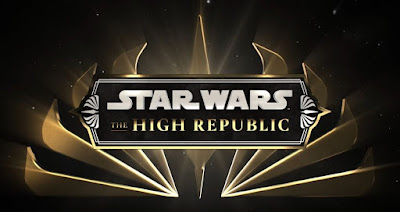 After tumultuous outings with features like The Last Jedi and The Rise of Skywalker, Lucasfilm has decided to place a substantial focus on its publishing efforts. This fall, The High Republic will serve as the next big era in the Star Wars franchise, taking fans of the world to an all-new era that's never been explored. Despite never having been explored, that doesn't necessarily mean we won't see a familiar face or two — maybe the most recognizable face in the Star Wars universe, even.

After Lucasfilm debuted the initial announcement unveiling The High Republic and its creators, the studio released a teaser trailer online sharing various pieces of concept art and working art that the outfit will use in its comics or for covers on novels. This includes a still where Yoda is clearly visible in various pieces of artwork. So we've got to ask — are we seeing a Young Yoda at some point throughout this story arc?

We know The High Republic is set approximately 200 years ahead of The Phantom Menace. Fortunately enough for fans of Yoda, Yaddle, and Baby Yoda, members of the unnamed alien race live for hundreds of years. Looking at Yoda, the Jedi Master was 864 during The Phantom Menace. This means that yes, the character was alive — and had been alive for quite some time, for that matter — during The High Republic. In fact, just by using crude math, we know Yoda is at least 664 years old, give or take a few years on either side.

In another comparison, The Child is 50 years old in The Mandalorian. Judging by the character's infantile appearance at 50, it's unlikely we'll get a Young Yoda per se. At least to get another Baby Yoda...the real Baby Yoda...that means The High Republic would need to span upwards of 600 years.

We're not trying to break your heart here, we probably won't get the real Baby Yoda — or even Teen Yoda, at that. But maybe...just maybe...we'll get a younger Yoda. A version of the character that's an adult but not the wise Master we've seen in the Skywalker Saga. Dare I say Millennial Yoda, perhaps?

Star Wars: The High Republic officially kicks off this August with Charles Soule's Light of the Jedi.
Posted By nwcomicgames at 5:23 PM