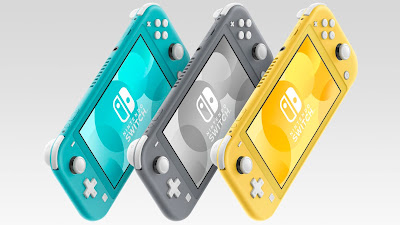 The Nintendo Switch has played host to a massive number of games since its release. While Nintendo consoles have frequently struggled to attract third party publishers, the system's portable hook has given consumers a lot of incentive to revisit older titles. Sometimes, these games are ones released within the last decade, and sometimes they are quite a bit older than that. Such is the case with the latest set of Arcade Archives titles from Hamster. The publisher is bringing back some old-school favorites, including BurgerTime, Burnin' Rubber, Darwin 4078, and Trio the Punch. No release date for these games has been announced, as of this writing.

For the uninitiated, Hamster's Arcade Archives series has given Switch owners a plethora of old-school games that initially debuted in the arcades. Thus far, the series has included games like Donkey Kong, Punch-Out!!, Frogger, and more, presented in a format meant to faithfully deliver the experience seen in arcades (minus the quarters). Each of the games in the Arcade Archives series retails for $7.99.

All of the new releases were originally created by Data East, and released throughout the '80s and '90s. Of the latest batch, BurgerTime is easily the most recognizable. Released in arcades back in 1982, the game put players in the role of Peter Pepper, as he attempts to create burgers, while avoiding malicious hot dogs, pickles, and eggs. The game spawned a number of follow-ups, including 2019's BurgerTime Party!, released exclusively on Nintendo Switch. Now, fans of the 2019 game can see how the series got its start!

The rest of the games offer quite a bit of variety for old-school fans. In Burnin' Rubber, players are tasked with jumping over obstacles, and bumping other vehicles on the road to cause them to crash. Darwin 4078 is a shoot 'em up in which players can evolve their ship into different forms. Finally, Trio the Punch is a brawler with three playable characters, and 35 levels to complete.

The Arcade Archives series has been steadily offering old-school classics nearly every week since the launch of the Nintendo Switch. According to Hamster, those releases could begin to slow due to the coronavirus pandemic, so this could be the last batch announced, for the foreseeable future
Posted By nwcomicgames at 4:32 PM