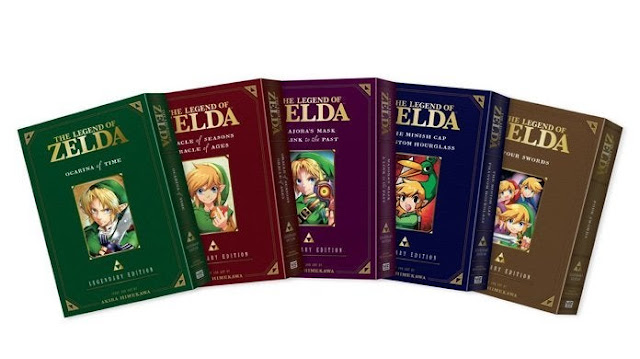 First off, the box set is available to pre-order here on Amazon for $79.50 (36% off) with shipping slated for October. Note that you won't be charged until it ships and you'll automatically get the biggest discount that occurs between the time that you order and the ship date. So, if you pre-ordered when this set launched at $125, there's no need to change anything. You've already got the discount.

Finally, a box set of the 10 standard volumes of The Legend of Zelda manga can be ordered here on Amazon for $61.45. At that price, going with the box set (with a discount) or the paperbacks of the upgraded Legendary Editions (especially B2G1) is definitely the way to go.
Posted By nwcomicgames at 6:16 AM