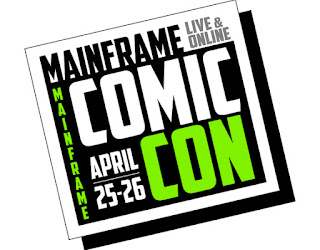 With the ongoing coronavirus pandemic scuttling most comic book conventions until at least May, Mainframe Comic Con is one of A new breed of virtual events aiming to fill in the gap and celebrate comic books and comic culture with a fully online convention.

Though most people haven't been able to leave their homes - and major cons since February/March's C2E2 have largely been postponed or cancelled - fans looking to stretch their legs with some comic book-oriented fun will be able to do some from their own homes thanks to Mainframe's online con, featuring all the hallmarks of in-person conventions including cosplay, creators, celebrity guests, and more.

"Hit the hardest are the thousands of local comic book stores around the country," reads the event's website. "An already struggling industry, comic shops are finding themselves having to close their doors amidst this global health emergency, and without their existence, the comic industry as a whole is in trouble. It is out of this need for support that the mainframe comic con was conceived."

Mainframe Comic Con will broadcast live from its own website on April 25 and 26, and will accept donations for the American Red Cross and the Hero Initiative. The con's full schedule of events has yet to be released.
Posted By nwcomicgames at 6:16 AM