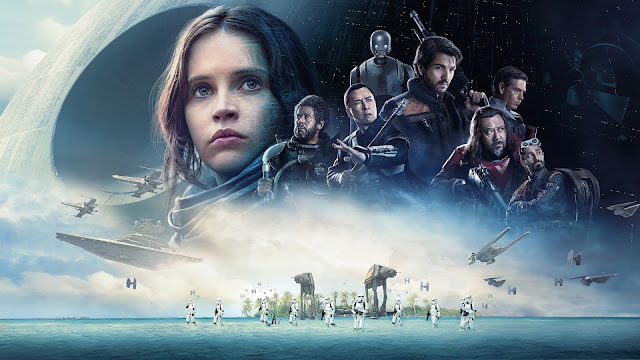 Before the full title of Rogue One: A Star Wars Story was revealed to the world, the film was shrouded in mystery. Details of the plot leaked out months before the name "Rogue One" was confirmed, and apparently around this time and during development was when Lucasfilm was considering some vastly different titles for the movie as they continued working on the film's script. While participating in IGN’s WFH Theater commentary, screenwriters Chris Weitz and Gary Whitta opened up about these alternate titles and revealed that they were also surprised when "Rogue One" was chosen as the final title for the film.

"There was one point at which we were kicking around titles for this, right?" Weitz said "Rogue One was a good choice eventually, but one of them was 'Dark Times.'" That title would have seen the movie tied directly into the larger Star Wars universe, being taken directly from Obi-Wan Kenobi's dialogue in A New Hope where he references "Before the dark times, before The Empire."

"We had a lot," Whitta added, revealing he contributed two title ideas. "At one point, John Swartz, who was one of the creative executives on the film had a list and we all kind of voted on the ones that we liked....One of the things that occurred to me, I went back and looked to all the previous films, and this continues to be true even with the sequel trilogy now being completed, the titles of Star Wars Saga films are always either three words or four words long.

They just all are. So it occurred to me that one of the ways we could differentiate this movie from the rest is we had a title that was only one word or two words long. So like Star Wars: Rebellion, Star Wars: Rogue One, let's do a title that's shorter so that even from the title of the movie you know this is something that doesn't necessarily conform to the unwritten rules of the Saga films."

Whitta went on to reveal that one of the proposed titles, though not conforming to his short title idea, was "Shadow of the Death Star." He went on to say that in the end he was glad that Rogue One stuck and was chosen for the film and he found out it was the name of the movie....at the same time that the rest of us did.

Rogue One: A Star Wars Story is now streaming on Disney+ and fans won't have to wait before the world of that film is expanded on screen either as Lucasfilm is developing a prequel series focusing on Cassian Andor and K-2SO. Actors Diego Luna and Alan Tudyk are set to reprise their roles along with Rogue One co-writer Tony Gilroy who has been enlisted to both write and direct installments of the new series.

It's cool here the stories behind the scenes of what could've been! Email us your thoughts at
nwcomicsgames@gmail.com
Posted By nwcomicgames at 6:28 AM