Longtime Flash writer Joshua Williamson, who has written the series since its "Rebirth" relaunch in 2016, has announced he will conclude his run on the title with a story titled "Finish Line".

"Finish Line" will follow the current "Legion of Zoom" arc, and will run from Flash #759-762. It centers on Zoom taking over Barry Allen's body.

Williamson tweeted art from the arc yesterday, with CBR following that up with confirmation that Williamson's tenure on Flash is concluding alongside solicitations for the first two issues of the "Finish Line" arc and covers for all four, seen here: 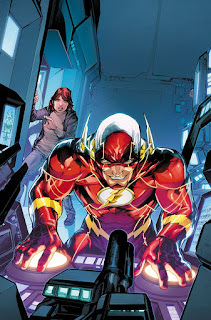 THE FLASH #759
written by JOSHUA WILLIAMSON
art by RAFA SANDOVAL and JORDI TARRAGONA
cover by HOWARD PORTER
variant cover by INHYUK LEE
A NEW STORY LINE BEGINS HERE!
“Finish Line” part one of four—leading to the finale of Joshua Williamson’s legendary run on The Flash! It’s Barry Allen’s last race! The Legion of Zoom has won. Central City is in ruins. Barry Allen is trapped in the Speed Force, his body taken over by the Reverse-Flash!
ON SALE 08.11.20
$3.99 US | 32 PAGES
FC | RATED T 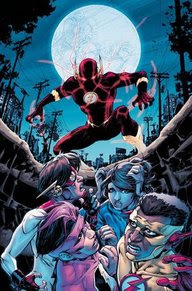 THE FLASH #760
written by JOSHUA WILLIAMSON
art by CHRISTIAN DUCE
cover by HOWARD PORTER
variant cover by INHYUK LEE
“Finish Line” part two of four! After years of manipulation, the Reverse-Flash has at last destroyed the Flash Family! But they aren’t going down without a fight as they race together to save the soul of Barry Allen! Can the return of allies from the Flash’s past be enough to stop the Reverse-Flash?
ON SALE 08.25.18
$3.99 US | 32 PAGES
FC | RATED T
Posted By nwcomicgames at 9:44 AM