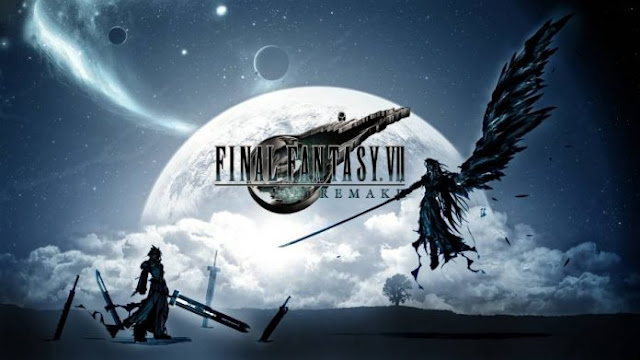 Listen, I know we just recently got our hands on the long-awaited reimagining to one of the most beloved games ever with Final Fantasy 7 Remake. But as the first wave of folks work their way to finishing this 40-hour(ish) journey through Midgar--which was just the opening portion of the original game--we naturally begin to wonder where FF7 Remake goes from here. You probably have questions, like how many parts will it be, or how long will we have to wait for Final Fantasy 7 Remake Part 2, or whatever the next entry is called? When will FF7 Remake Part 2 release, and will it even be a sequel in the traditional sense?

For one, I would say relax and let the development team do their thing, because as a reminder, the next part in FF7 Remake is currently in development. In a Square Enix blog post back in November 2019, game director Tetsuya Nomura stated, "We've already begun working on the next one as well, but I'm confident that playing through this title will expand your expectations just like the world that extends beyond Midgar."

Our own senior editor Edmond Tran had a conversation with producer Yoshinori Kitase just last month, and asked Kitase-san how he feels about the possibility of working on FF7 Remake for the rest of his career. He said he isn't worried about the commitment, concluding, "I think it is a very important thing." He also echoed Nomura-san's assertion, saying that the team isn't taking a break from the Remake project and that they'll "get straight to it." (You can read GameSpot's full interview with Kitase-san for more.)

Of course, it's ambitious to break out what was already a deep RPG into much more expansive chapters with brand-new story elements, but the team hasn't said anything about a definitive roadmap other than the fact that the project is huge. In an interview with Famitsu, as translated by DualShockers, Kitase-san said, "Its story is far from over. With this first game, we showed how there is great potential for the future, and we included many hints regarding what's coming next." Now that the first part is out, it seems that keeping fans in the loop is something that Square Enix wants to do as well. "I'm looking forward to seeing the fans' theories on social media regarding what could happen now. We will keep in touch with everyone so we can all make this project grow together," Kitase-san affirmed.

So with that said, you shouldn't expect another five-year gap between the start of development and launch, especially with the foundation that's been set when it comes to the combat mechanics, the general flow between gameplay systems, and Square Enix's commitment to using Unreal Engine 4. For context, FF7 Remake went into development and full production in 2015 and was officially revealed at E3 2015. It was then decided in 2017 that FF7 Remake would be a multi-part series and a project developed primarily by an internal team rather than through external partners. According to a translation by Gematsu, project lead Naoki Hamaguchi at the time said, "We want to control everything, including quality, on a stable schedule."

Square Enix as a whole is no stranger to making numbered Final Fantasy entries into multi-part sagas either. Through different development teams, we've seen FFXIII to FFXIII-2 to Lightning Returns, the various episodes of FFXV, and the critically-acclaimed expansions of FFXIV that have encapsulated a decade's worth of interconnected storytelling. No doubt that the stakes and expectations are higher with what comes next in FF7 Remake, though.

For now, we can at least enjoy what we have at the moment. Whether you're a newcomer or long-time fan, our Final Fantasy 7 Remake review makes a clear and strong statement that it's an essential game regardless. It takes what was about a six-hour portion of the original and expands on it in meaningful ways for what's now a modernized adventure of around 40 hours. Who knows what's in store for its future parts, but we'll keep our ear to the ground to have covered for everything FF7 Remake.
Posted By nwcomicgames at 4:18 PM