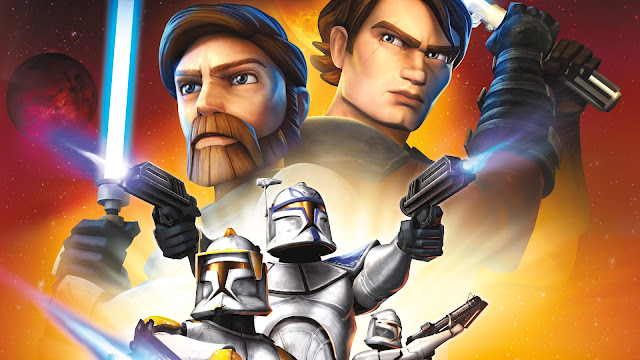 *Note* You need to watch the final episode of Star Wars: Clone Wars to understand the meaning of this article.
Star Wars: The Clone Wars has (officially) ended its run for good, and the final arc of the series was everything that fans have been waiting for. The Clone Wars came to an end, as Palpatine / Darth Sidious finally brings about the Revenge of the Sith by enacting "Order 66," and using his clone army to eradicate the Jedi.

The part of the story we didn't yet know is how some of the key players of the Skywalker Saga Prequel era (Darth Maul, Ahsoka Tano) escaped Order 66. However, The Clone Wars final scene has some Star Wars fans very confused.

What was that bird in Star Wars: The Clone Wars' final scene?

Here's the meaning of that symbolic moment, explained:

The final scene of The Clone Wars is an epilogue set some time after the events of Star Wars: Revenge of the Sith. During Order 66, Ahsoka Tano managed to escape execution, and freed Darth Maul from prison to aid in the escape, while also rescuing Clone Trooper commander Rex from Palpatine's mind-control. Thanks to Maul's rampage, the Star Destroyer that Ahsoka and Rex are on, crash lands on a remote moon. Ahsoka and Rex are the only survivors (Maul escapes on a shuttle) and they bury their 501st Legion of elite clone soldiers on the site.

Years later, when the wreckage is frozen over and old, Darth Vader finally tracks the crash site down, and finds a key heirloom their: one of Ahsoka Tano's lightsabers, which Anankin Skywalker gave to her as a final gift. Vader ignites the blue saber an is staring into it, until he hears a bird cry, as its flying overhead. He powers down the saber after watching the bird, and then goes on his way, leaving the graveyard behind.

The bird that Vader sees is none other than Morai, a female convor bird that has symbolic meaning throughout The Clone Wars series. Morai was a spiritual representation of The Daughter, one of the three supreme Force wielder beings that Anakin, Obi-Wan Kenobi and Ahsoka encountered in Clone Wars' Mortis arc. The Daughter represented the light side of the Force, and highlights peace and creation; her brother, the Son, was the dark side of death and destruction; while the Father maintained the balance between the warring siblings. When Anakin, Ahsoka, and Obi-Wan came to Mortis, Ahsoka's life was saved by the Daughter donating her own essence, to resurrect the padawan.

After getting a second life thanks to the Daughter, the ethereal being watched over Ahsoka all her life, using Morai as a vessel. Morai was present at a key moment like Ahsoka's later duel with Darth Vader in Star Wars Rebels' "Twilight of the Apprentice" episode. The bird led Force user Ezra Bridger through the world between worlds, to pull Ahsoka to safety away from Vader, during their duel. The bird also witnessed Vader narrowly escape that same duel alive.

In the context of The Clone Wars final scene, Morai seems to be a reminder to Darth Vader of the light side of the Force that still lives in him, and is represented by the light of his apprentice, Ahsoka Tano. Those small embers of Anakin Skywalker's memory are what eventually lead Vader to reject the dark side, and save Luke from Palpatine during the Battle of Endor, in The Return of the Jedi.
Posted By nwcomicgames at 6:28 PM