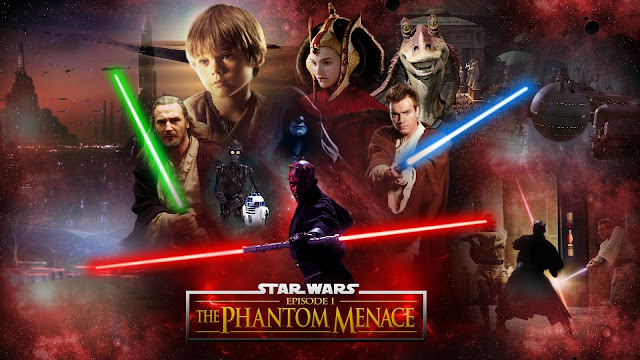 On May 18, 1999, Star Wars fans lined up to attend the midnight premiere of Star Wars: Episode I - The Phantom Menace, the first installment in creator George Lucas' prequel trilogy about a young Anakin Skywalker (Jake Lloyd), the future Darth Vader.

"I remember being in line to buy tickets for the midnight showing (yes, this was the pre-Fandango stone age); it was a blistering hot day, and I waited for hours roasting in the sun, right alongside hundreds of other Star Wars fans — and all we could do was speculate," Star Wars fan and sci-fi writer Michael Moreci told StarWars.com in a 2019 retrospective celebrating the 20th anniversary of The Phantom Menace. "What could this new Star Wars movie really be like? What would see? What would we learn? It was a time when anything was possible, and I’ll never forget how amazing it felt to have the doors to so many possibilities opened in my imagination, which is something Star Wars does best, for all us fans."

Ending a 16-year gap started with 1983's Star Wars: Episode VI - Return of the Jedi, the wait for Lucas' anticipated Star Wars prequel — exploring the tragic origin story of the fallen Jedi who was redeemed by his son, Luke Skywalker (Mark Hamill), in the conclusion of the original trilogy — spawned hour-long lines filled with ticket holders.

Others, like then 24-year-old super-fan Jeremy Lorenz, camped outside their local theater for weeks before the midnight showing to purchase tickets and be among the first to return to a galaxy far, far away. As Lorenz told the SF Gate at the time, "I saw Star Wars when I was 5 and it took me to another place. It brings out the child in all of us and lets us relive our youth."

In a story published by CNN Money on May 18, 1999, Minneapolis resident Dave Desvousges revealed he made over $3,000 selling tickets to the Wednesday night showing of the blockbuster-to-be.

"It was amazing, it was everything I thought it was gonna be and more," said one fan dressed as the horn-headed Darth Maul. Another moviegoer disagreed, telling news cameras, "Thumbs way down. I think I deserve a public apology from George Lucas."
Posted By nwcomicgames at 6:15 PM