Monday's Headlines | WWE 2020 Money In The Back Results 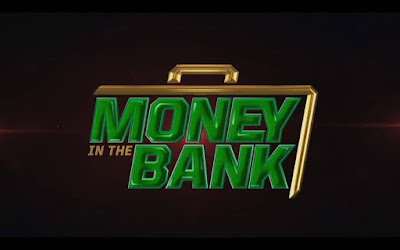 WWE Money in the Bank 2020 was certainly one of the most bizarre pay-per-views in WWE history, and it was quite the newsworthy one, too.


At the first post-WrestleMania event of the year, WWE crowned two new MITB winners in a unique and first-ever “climb the corporate ladder” match, and the company’s top two champions were able to retain their titles but in much different fashion.

Throw in some surprising happenings in other matches on the card, and it’s clear that WWE entered this PPV with the goal in mind of reigniting interest in its product at a time when viewership for both Raw and SmackDown is tanking to all-time lows with no real signs of that changing anytime soon.

3. Bobby Lashley defeated R-Truth. This was originally scheduled to be Truth vs. MVP, but Lashley interrupted a pre-match argument about basketball and took MVP’s place. Lashley won with a spear.

5. Universal Championship Match: Braun Strowman (c) defeated Bray Wyatt. Wyatt wrestled as himself and not The Fiend, and had his puppets at ringside. Strowman put on Wyatt’s black sheep mask, and the two men hugged. Wyatt was happy until Strowman took off the mask, powerslammed Wyatt, and won the match.

6. WWE Championship Match: Drew McIntyre (c) defeated Seth Rollins. Rollins has a new entrance theme, which you can hear below. McIntyre won with a Claymore Kick. After the match, McIntyre and Rollins shook hands.

7. Money in the Bank Ladder Matches
As advertised, the men’s and women’s Money in the Bank ladder matches took place simultaneously, starting at the ground floor of WWE Headquarters in Stamford and working their way up to the roof. Brother Love (in the bathroom), Stephanie McMahon (in the conference room), Paul Heyman (in catering), John Laurinaitis (in the cafeteria), Vince McMahon (in his office), The Undertaker’s casket with spooky lighting, and (someone wearing the face paint of ) Doink the Clown made cameos.

– Women’s Money in the Bank Ladder Match: Asuka defeated Shayna Baszler, Nia Jax, Dana Brooke, Lacey Evans, Carmella. Asuka pulled down the briefcase after knocking King Corbin off the ladder, as he was trying to fight her for the briefcases for some reason?

– Men’s Money in the Bank Ladder Match: Otis defeated Daniel Bryan, Rey Mysterio, Aleister Black, King Corbin, and AJ Styles. AJ Styles and King Corbin fought for the briefcase at the top of the ladder, but dropped it into Otis’ arms. Otis was declared the winner.
Posted By nwcomicgames at 6:07 AM