Star Wars Weekend | Behind The Scene of SW: TROS Pt. 2 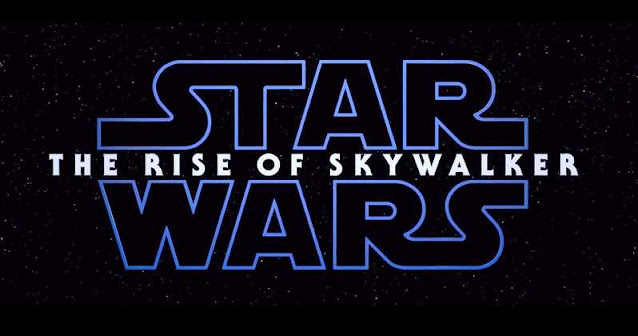 Since shortly after release weekend, I’ve been corresponding with someone who worked closely on the production of TROS and works for one of the major companies I cannot disclose here. I have verified the source to my satisfaction. To protect the source, I am rewording what we spoke about over the last two weeks and am submitting it to you in bullet point format I have written based on what they told me. The TLDR is that they were upset with the final product of TROS and wanted to share their perspective on how it went down and where it went wrong

·         JJs original agreement when he signed on was indicating he would have way more creative control than he did on TFA. It became evident this wasn’t the case only a couple of weeks into shooting when the trouble with meddling started.

·         JJ wanted to do some scenes he thought were important but Disney shut it down citing budgetary reasons.

·         May 2019: JJ argued that those scenes were crucial. He had to let go of one of the scenes. The other scene he insisted on was approved at first. He did reshoots and additional photography in July. The new scene was shot at BR in October.

·         The “ending that will blow your mind” was a part of this. Older actors were included like Hayden, Ewan and Samuel and anyone who wasn’t animated. The force ghosts weren’t meant to be voices because they shot that footage on camera. The actors were in costumes. Rey was supposed to be surrounded by the force ghosts to serve as sort of a barrier between her and the Sith surrounding them.

·         My source thinks but can’t 100% confirm that this is because of China. It’s an office talk of sorts. Some VFX people claimed they got a list of approved shades of blue they could use on the Luke force ghosts. Cutting this out was when the bad blood turned into a nightmare for JJ because the movie he was making was suddenly unrecognizable to him in almost every way.

·         My source knows JJ well enough to know that he’s just not the yelling type but apparently in a meeting he yelled something along the lines of “Why don’t you just put ‘directed and written by Lucasfilm’ then?” My source wasn’t present for that exchange but knows some who were.

·         Disney demanded they shoot some scenes that would have things in it for merchandise. “They fly now” is one of them. It’s also JJ’s least favorite scene. At a November screening of a 2:37 cut, he cringed, groaned and laughed when the scene was on.

·         My source says that JJ was most likely not joking when he said “you’re right” in the interview where they asked him about TROS criticism.

·         In January, JJ suggested that they turn this into two films. My source told me this well before Terrio mentioned it in an interview a couple of days ago. When Disney said no, JJ was content with making this 3 hours long.

·         Over a period of 9 months JJ started realizing that one by one his ideas and whole scenes were being thrown out the window or entirely altered by people who have “no business meddling with the creatives”.

·         They were not on the same page when it came to creative decisions and it became obvious that Disney had an agenda in addition to wanting to please shareholders. Disney could “afford messing up IX for the sake of the bigger picture” when it came to protecting things unrelated to IX.

·         The cut JJ eventually and hesitantly agreed to in early December was 2:37 minutes long. It wasn’t the cut we saw which he wouldn’t have approved of (and which is 2:22 long). Apart from the force ghosts, there were other crucial and emotional scenes missing. The cut they released looked “chopped and taped back together with weak scotch tape” (JJ's words).

Posted By nwcomicgames at 8:15 AM