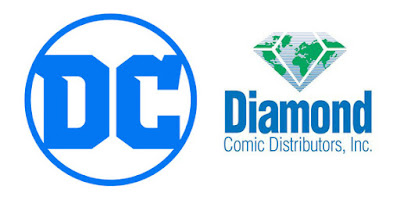 In the wake of Diamond's decision to suspend their comic book distribution operation during the COVID-19 pandemic, DC broke with the Direct Market pack and set-up new distribution channels with the mail-older comic book retailers Midtown Comics and Discount Comic Book Service (DCBS).

As retailers and two of Diamond's largest accounts themselves, both Midtown and DCBS will begin receiving non-DC comic books again when Diamond resumes distribution on May 20, which the long-time distributor is branding with a Back the Comeback campaign.

Earlier this week Newsarama.com spoke a length with Diamond's CEO/founder Steve Geppi about various topics, including his thoughts on DC's decision to pursue a 'multi-distributor model' and about competing as a distributor with two of his largest accounts.

"Quite frankly, Midtown and DCBS are big customers of ours. We're supportive of those guys," Geppi responded, asked to express his thoughts on the subject. "But, technically comics' 'comeback' begins May 20, not when they began distributing DC's comics.

"They only put out a few books April 28, and only to a handful of retailers who didn't want to wait. For us, May 20 is the kickstart of it all. It's getting everybody geared up.

"This isn't a shot at those other guys, but no one got excited about the DC titles that've come out, some second and third prints. A lot of people said 'To hell with that. We'll wait.'

"Those guys are mail-order, which is a problem for many retailers because they sell books at 40% off. They've released some books, but the real comeback begins May 20."

Geppi didn't mince words when asked what he thought of the output of titles DC managed prior to Diamond resuming services.

"Little," he responded. "DC put out five titles here, one there, seven the next week, two the following week. By the time we comeback, we'll release all of those titles in one week and we're back even with everyone.

"People don't want a piece of something - they want the whole pie. Unless you're a diehard DC collector, you'll wait until May 20."
Posted By nwcomicgames at 10:09 AM