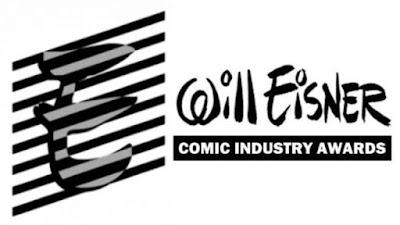 The nominees for the 2020 Will Eisner Comic Industry Awards were announced Thursday by Comic-Con International: San Diego, otherwise known as SDCC. This year's nominations recognize the best work from 2019 in 31 categories including comic books, graphic novels, design, and more, according to a panel of judges.

So without further ado, here are the nominees: Note: this isn't the whole list.

Best Short Story
“Hot Comb,” by Ebony Flowers, in Hot Comb (Drawn & Quarterly)
“How to Draw a Horse,” by Emma Hunsinger, The New Yorker
“The Menopause,” by Mira Jacob, The Believer
“Who Gets Called an ‘Unfit’ Mother?” by Miriam Libicki, The Nib
“You’re Not Going to Believe What I’m About to Tell You,” by Matthew Inman, The Oatmeal

Best Publication for Early Readers
Comics: Easy as ABC, by Ivan Brunetti (TOON)
Kitten Construction Company: A Bridge Too Fur, by John Patrick Green (First Second/Macmillan)
The Pigeon HAS to Go to School! by Mo Willems (Hyperion Books)
A Trip to the Top of the Volcano with Mouse, by Frank Viva (TOON)
¡Vamos! Let's Go to the Market, by Raúl the Third (Versify/Houghton Mifflin Harcourt)
Who Wet My Pants? by Bob Shea and Zachariah Ohora (Little, Brown)