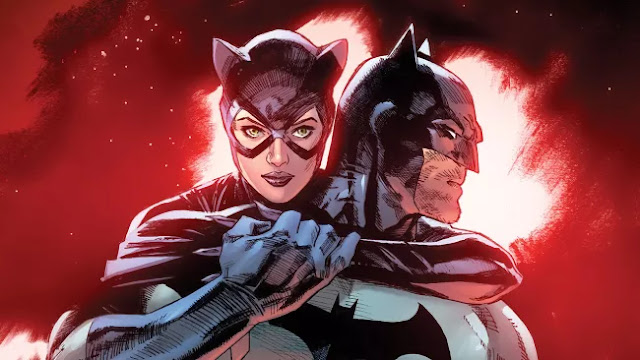 Comic Book Fans, Here's the latest update on this series.

Batman writer James Tynion IV says that writer Tom King and artist Clay Mann's long in-development 12-issue limited series Batman/Catwoman, which involves Catwoman being pregnant with Batman's baby, is "moving outside the bounds of continuity", and won't have an effect on his ongoing run on the core title.

"That’s more the purview of Tom King and his book, which is sort of moving outside the bounds of continuity, as far as I understand," Tynion explained to Newsarama when asked if King's plans for Catwoman's pregnancy would factor in to his upcoming "Joker War" story or his run overall.

"Right now, we’re focusing on the core Batman story, happening in the pages of Batman," Tynion continued. "I’m very excited to read Batman/Catwoman in the same way I’m excited to read Three Jokers, but neither of them really have much effect on the core story I’m telling."

Batman/Catwoman was originally scheduled to begin in February, however, at the time King stated the series would be delayed to allow Mann to complete the interior art without interruption. King's Batman run, which lasted 85 issues, included Batman and Catwoman's romantic relationship as a key component, with the pair even becoming engaged culminating in Selina Kyle leaving Bruce Wayne at the altar.

King's storyline is expected to continue in Batman/Catwoman, with the recent Catwoman 80th Anniversary 100-Page Super Spectacular recently revealing Catwoman's pregnancy through a story that flashed forward into Batman and Catwoman's future.

Now, Tynion has called into question whether Batman/Catwoman will be a part of active, current continuity, as has been implied and expected by the nature of the title which King stated would continue the story of his planned Batman run, which ended earlier than his planned hundred issues on the title.
Posted By nwcomicgames at 8:50 AM