We have no comics out today! Please remember to follow social distance guidelines and enjoy your comics today. Please be sure to call ahead to see if books arrived at your local store. 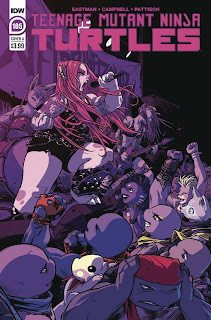 5. Teenage Mutant Ninja Turtles #105 $3.99 IDW Publishing
Music, mayhem, and most importantly: family. The TMNT all return to NYC and begin to see a path forward for themselves in Mutant Town. The conclusion to Sophie Campbell's first ongoing story arc ends with heart and isn't to be missed! 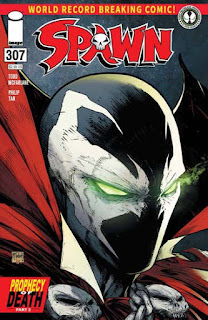 4. Spawn #307 $3.99 Image Comics
'PROPHECY OF DEATH,' Part Two: SPAWN like you've never seen it before! Fan-favorite artist PHILIP TAN and SPAWN creator TODD McFARLANE explore an epic tomorrow. The ramifications of Spawn's war with Heaven and Hell have created a nightmare future. A future that threatens to destroy everything Al Simmons has fought to defend. 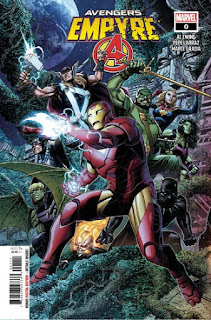 3. Empyre Avengers #0 $4.99 Marvel Comics
Tony Stark wakes from strange dreams - as old allies make a distress call to the Avengers. In the new Green Area of the Moon, the Cotati are waiting with news of a terrible enemy that could wipe out both them and humanity itself. The Celestial Messiah has returned... but are the Avengers ready to hear his message? 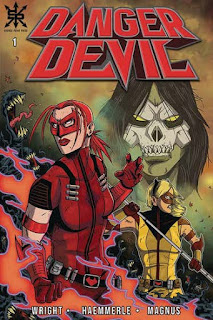 2. Danger Devil #1 $3.99 Source Point Comics
A bounty hunter from the underworld, a demonic goddess, a cursed mythical kingdom rising from the depths of below, and a mouthy twelve-year-old are no match for Danger Devil and her sidekick Kid Diabla. These masked agents from the Mystic Bureau are dedicated to protecting the world from all supernatural threats, especially the Order of Methalia, an ancient society hellbent on returning the wicked one to her throne as the ruler of the ancient civilization of Tragg Magnar. 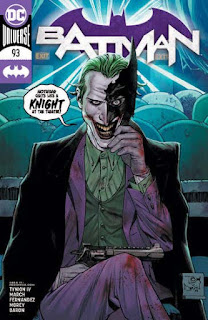 1. Batman #93 $3.99 DC Comics
Batman faces off with the Designer as 'Their Dark Designs' reaches its epic climax! In the last year, Batman has lost more than he could have imagined, and now he faces a cost so dear it will change the course of his life. And there is worse on the horizon. In the midst of all the horror, he can feel the drumbeat of battle. 'Joker War' is coming, and Gotham City will never be the same.
Posted By nwcomicgames at 6:06 AM