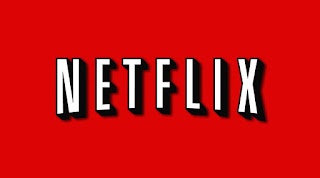 The great Disney exodus from Netflix continues in July, as three more movies from the Mouse House's various studios are set to exit the world's most popular streaming service. Throughout the next month, Netflix will be bidding goodbye to some of the last Disney new releases it has left, beginning with Solo: A Star Wars Story. The Star Wars spinoff movie, which shows the origins of Han Solo, originally came out in May 2018. It was added to Netflix about 18 months ago and its term is about to run out.

On Wednesday, Netflix revealed the full list of movies and TV shows set to leave the service next month, and Solo unsurprisingly found itself on the lineup. The film will be leaving Netflix on July 8th, only to begin streaming on Disney+ the next day. Once Solo makes its move to Disney+, the entire roster of live-action Star Wars movies will finally be in one place.

In addition to Solo: A Star Wars Story, Incredibles 2 and Ant-Man and the Wasp will also be leaving Netflix in July, but their exits won't take place until the end of the month.

Disney had a streaming deal in place with Netflix that saw all new theatrical releases from the company make their streaming debut on Netflix months after their home release, with the contracts set to expire about 18 months later. This overall deal ended at the conclusion of 2018, when Disney had firm plans to launch Disney+, so all releases in 2019 or later head straight to Disney+ when their streaming window arrives.

This means that there are still a couple of newer Disney releases left on Netflix, waiting to make their way to Disney+. Incredibles 2, Ant-Man and the Wasp, Christopher Robin, The Nutcracker and the Four Realms, Ralph Breaks the Internet, and Mary Poppins Returns are all still on Netflix for the time being. Over the next six months or so, they will all be moved exclusively to Disney+.