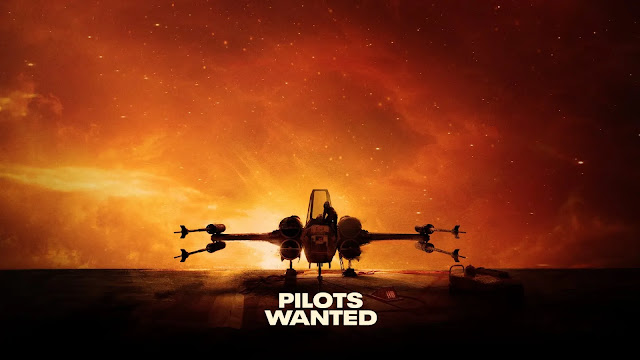 In a few short hours, Electronic Arts will officially pull back the curtain on Star Wars: Squadrons, the publisher's upcoming Star Wars video game. EA has released some interesting teasers thus far, but very little information has been revealed about the game.

Still, that hasn't stopped Star Wars fans from sharing all the things they'd like to see from the upcoming title. Many longtime fans are hoping to see something similar to Factor 5's beloved Rogue Squadron franchise, while others just want to see a quality game from the publisher. We're all (Star Wars fans) hopefully the final product will live-up to the expectations of fans!

Do you plan on tuning in for the reveal of Star Wars: Squadrons? We'll, have it post this afternoon if you missed it today.

What do you want to see in the game?

Let us know your on Twitter at @nwcomicsgames
Posted By nwcomicgames at 6:20 AM