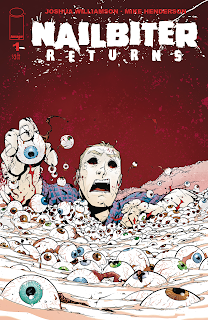 Violent copycat murders imitating the infamous Buckaroo Butchers have begun in Portland, Oregon, and if Finch wants the killings to stop, he'll have to team up with the daughter of the Nailbiter himself. A brand-new mystery begins in this EXTRA-LENGTH FIRST ISSUE! 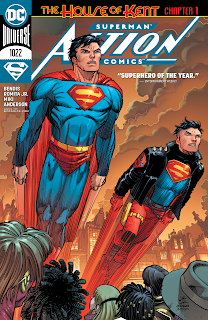 ACTION COMICS #1022 $3.99 DC Comics
First, Metropolis was hit with the biggest ground battle in the history of the city and barely survived. On top of that, Leviathan threw down his gauntlet for the entire world to see, and Superman revealed the truth of his identity as Clark Kent. Now the city is in a state of shock-and Clark and Conner Kent need to figure out what's next for them and the city they protect! Guest-starring Wonder Comics' Young Justice in a unique crossover! 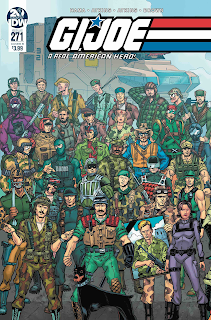 GI JOE A REAL AMERICAN HERO #271 $3.99 IDW Publishing
"SNAKE HUNT" Part 6! We're at the midpoint, and the thrills are just getting started! Cobra Commander wants a Snake Eyes of his own. The Joes have other ideas. It'll take two armies to settle this dispute! It's all hands on deck for both G.I. Joe and Cobra as living legend Larry Hama and fan-favorite artist Robert Atkins continue their massive 10-issue event... featuring EVERY SINGLE MEMBER OF G.I. JOE! There's no halftime break in this contest, folks! All action, all the time!
Posted By nwcomicgames at 6:31 AM