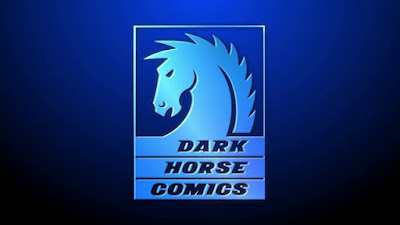 Dark Horse Comics CEO Mike Richardson said that his company is sticking with Diamond exclusively for comic book periodical distribution. He also recognizes the sales impact of the book market, along with the outreach impact of comic stores.

Dark Horse entered into an agreement for Random House to become its book trade distributor in 2013. That distribution agreement has been a great boon to Dark Horse.

"I'd say our trades are 70% of our sales now," Richardson said. "I think when we jumped to Random House, we put about 200 books back into print. They've done a spectacular job selling our books."

"As a publisher, no," Richardson said. "My retail division has talked with them."

Richardson is referring to the four full-service comic book retail stores he still owns and operates called Things From Another World.

He opened his first comic book store in Bend, OR in 1980, before Dark Horse became a publisher in 1986. One of his four remaining stores is just outside the Universal Studios Hollywood theme park in Los Angeles.

Richardson knows the COVID-19 world and distribution disruption has presented difficulties, but he’s seeing a light at the end of the tunnel.

"The individual, traditional comic book is a challenge these days," he said. "We're starting to see some decent numbers on the individuals come back. And I think with DC stepping out, that’s a blow to Diamond.

"[Diamond CEO] Steve Geppi seems to have a handle on what he’s doing, and we continue to work with Diamond, but we're going to watch. I have a long relationship with Steve and Diamond, and look, they've helped so many stores stay in business over the years. It’s important to keep comic book stores alive.
Posted By nwcomicgames at 7:20 AM