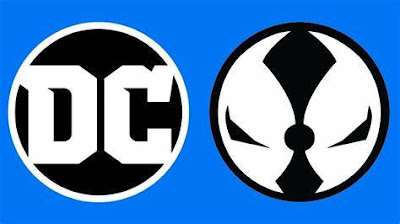 Last month, Todd McFarlane teased upcoming DC Multiverse figures including The Grim Knight from The Batman Who Laughs storyline and a version of Doomsday. He also revealed that pre-orders for the figures would be coming soon. We know that four DC Multiverse figures from the Dark Nights: Metal and The Batman Who Laughs storylines are on the way from McFarlane Toys, and that one of them is Earth-1 Batman and Doomsday hybrid known as The Devastator. You can take a closer look at them right here.

Below you'll find official images and an official description for each of the new figures in the Dark Nights: Metal / The Batman Who Laughs DC Multiverse lineup. Pre-orders for several of the figures are live here at Walmart, with the only exception being Earth-32 Batman at the time of writing. That should change soon. Presumably, the standard Doomsday teased by Todd McFarlane will be made available in addition to The Devastator figure in the near future (naturally, the sculpts are very similar). Shipping is for the current wave is slated for September 29th. 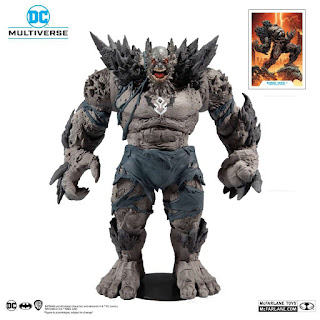 Batman Earth-1 The Devastator (Dark Nights: Metal) - $19.99: See at Walmart "Crashing into our world from the Dark Multiverse’s Earth -1 comes a nightmarish fusion of the only two beings capable of taking on the Man of Steel— Doomsday and Batman. The Devastator is an all-powerful creature in which the unstoppable might of Doomsday is combined with the unmatched intelligence of Batman." 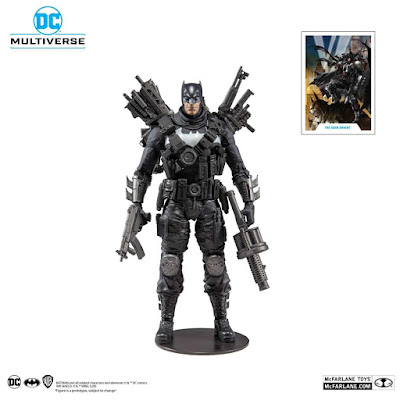 The Grim Knight (The Batman Who Laughs) - $19.99: See at Walmart "Ripped from Batman’s greatest nightmares, The Grim Knight is his world’s most dangerous vigilante, unafraid to use any weapon and go to any lengths to stop those he deems worthy of death. Armed with the finest arsenal Wayne money can buy, he is now one of the deadliest Dark Knights in existence, second only to The Batman Who Laughs."
Posted By nwcomicgames at 5:51 AM