Monday's Headlines | The Sega Genesis Mini is 50% Off 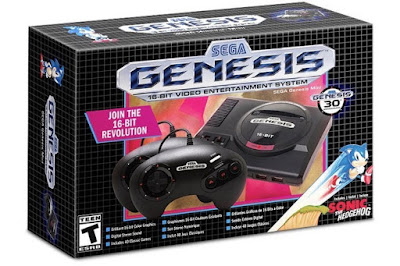 The Sega's Genesis Mini is, quite simply, the best tiny retro console on the market. In our review we called it "a little box of joy". If you have fond memories of the Sega Genesis and you're looking for something to do while stuck inside right now, it will definitely fit the bill - especially since it's on sale for $39.99. That's 50% off the list price and an all-time low.

At the time of writing you can get the deal here on Amazon. If you're waiting for this console to drop way down to something in the $20 range like the PlayStation Classic did, odds are you'll be waiting for a long time. The Genesis Mini is a far superior console, and price drops below $50 have been rare since it launched in September of last year. The complete lineup of 42 games on the console are as follows: