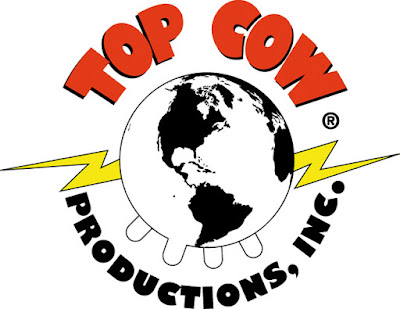 Following what it calls the success of their Witchblade 25th Anniversary Kickstarter, Top Cow Productions will celebrate the 25th anniversary of another of its signature franchises by "Kickstarting" a new The Darkness Complete Collection Vol. 1 Hardcover, offering exclusive rewards to readers to participate.

According to Top Cow founder Marc Silvestri, after the Witchblade Kickstarter edition fans asked if the publisher would do it again for the Darkness.

"The answer was a no brainer," says Silvestri. "We want to give Jackie fans something to get excited about—and celebrate 25 years of their favorite anti-hero."

Created in 1996 by Silvestri, writer Garth Ennis, and writer/editor David Wohl, the Darkness was originally a supporting character in Witchblade before the launch of his own headlining ongoing series later that year

An immediate major hit for the Image Comics imprint, The Darkness was a consistent Top 10 seller in 1997. And in December of that year, and with the help of 11 variants covers (which unlike today was unusual 23 years ago) The Darkness #11 became the highest selling book of 1997, with an estimated 357,006 copies sold according to comic book sales tracking website Comichron.

The new crowdfunding initiative offers a Kickstarter-exclusive dustjacket and signature by Silvestri, and for the first time in seven years, there will be new Darkness art by Silvestri and Stjepan Sejic.

Additional rewards to backers include Silvestri making himself available for exclusive video calls with groups of fans or one-on-one interactions.

"We can talk about your portfolios. I can give you reviews, pointers on your artwork, and help you become a comic book professional," Silvestri says.

The Darkness Complete Collection Vol. 1 Kickstarter will end on Friday, August 21.
Posted By nwcomicgames at 6:09 AM