Welcome as Northwest Comics & Games presents the Top 3 Manga comics for you to read for your entertainment. Please be sure to call ahead for social distance guidelines before picking up your comics!  Stay safe and thanks for reading. 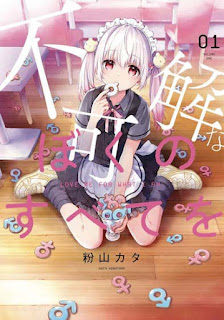 Love Me for What I Am GN Vol 01 $12.99 Seven Seas Entertainment
An LGBT+ manga about finding friendship and common ground at an untraditional maid café! Mogumo is a cute but lonely high school student who just wants a few loving friends. Fellow student Iwaoka Tetsu invites Mogumo to work at his family's café for 'cross-dressing boys,' but he makes an incorrect assumption: Mogumo is non-binary and doesn't identify as a boy or a girl. However, Mogumo soon finds out that the café is run by LGBT+ folks of all stripes, all with their own reasons for congregating there. This touching manga explores gender, gender presentation, and sexuality from many different angles, including the ways people are pushed to conform in a world that doesn't understand them… until the world begins to learn, one person at a time. 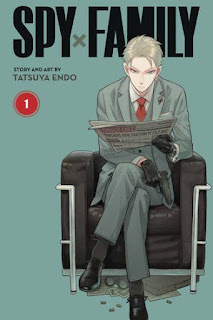 Spy X Family GN Vol 01 $9.99 Viz Media
Master spy Twilight is the best at what he does when it comes to going undercover on dangerous missions in the name of a better world. But when he receives the ultimate impossible assignment-get married and have a kid-he may finally be in over his head! 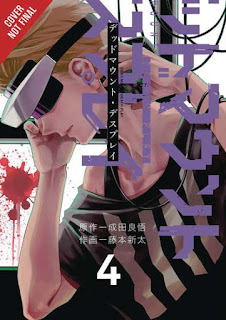 Dead Mount Death Play GN Vol 04 $13.00 Yen Press
A mysterious mark from Corpse God's previous life is in the sky, reminding him of the turmoil he left behind. But what what connection does it have to the modern world he has established himself in? More importantly, why are people willing to kill to keep it secret? 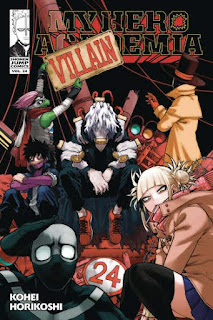 My Hero Academia GN Vol 24 $9.99 Viz Media (Bonus Book)
A new player emerges in the underground world of villains in the form of the Meta Liberation Army. Led by the CEO of the Detnerat Corporation, the MLA is preparing for a new metahuman revolution. In their eyes, the League of Villains is an obstacle to be removed, but Tomura and his band of miscreants aren't about to go down quietly. It's army versus league in all-out war, and dominance must be established.
Posted By nwcomicgames at 6:09 AM