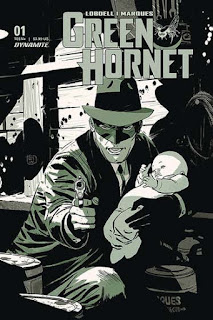 5. Green Hornet #1 $3.99 Dynamite Entertainment
From writer Scott Lobdell (Flash, Uncanny X-Men) and artist Anthony Marques (Vampirella, Red Sonja) comes the return of the Green Hornet! The Green Hornet and Kato have met their fair share of villains over the years, but when an alien infant crashes to Earth, the two heroes must keep him safe from a whole new type of nemesis. Are they prepared to take on a series of dark and deadly enemies willing to stop at nothing and do whatever it takes to save the child? 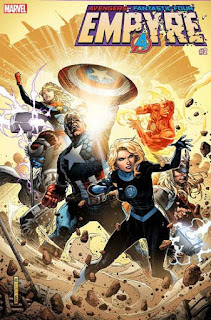 4. Empyre #2 (of 6) $4.99 Marvel Comics
Three Avengers are trapped on the moon as war breaks out on Earth - and an ancient enemy reveals a scheme decades in the making! Meanwhile, the Fantastic Four fight against a creeping horror that might destroy them all - starting with the Thing! Captain Marvel is their last, best hope... But if Carol Danvers survives, what will she become? 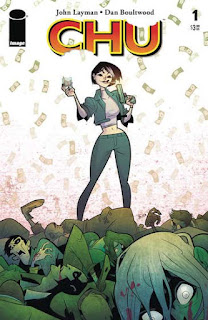 3. Chu #1 $3.99 Image Comics (Must Read)
'THE FIRST COURSE,' Part One-TONY CHU is a cibopath, able to get psychic impressions from what he eats. SAFFRON CHU is a cibopars, able to learn secrets from who she eats with. Tony is a cop. Saffron is a criminal. They are brother and sister, and they are on a collision course. Spinning out of the multiple Eisner Award-winning and New York Times bestselling series CHEW comes CHU, a felonious new food noir about cops, crooks, cooks, and clairvoyants. 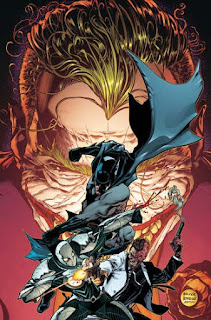 2. Detective Comics #1024 Joker War $3.99 DC Comics
The story of Two-Face reaches its end, and Harvey Dent will at last find peace after decades of schism. But will that peace be in death, or in the chance at a new life? All along, The Joker has been the puppet master behind the torment of Two-Face, and he knows how to make an entrance! Don't miss the final battle between Batman, Two-Face, and Lincoln March, with a shocking conclusion that will split you right in two! 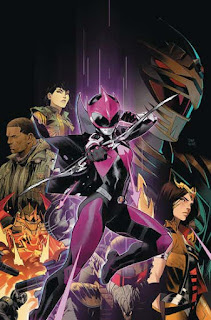 1. Power Rangers Ranger Slayer #1 $7.99 Boom! Studios
The Ranger Slayer - a.k.a. Kimberly Hart, the Pink Mighty Morphin Power Ranger from the alternate universe once ruled by Lord Dakkon - returns home and nothing is like she expected. In a world that only knows her as a villain, can Kimberly show her universe that she's become a hero... and is that even the right thing to do?  Confronted by a terrifying new version of Rita Repulsa and her home in chaos, Kimberly will make a stunning choice that no Power Rangers fan can miss. This issue is also a perfect jumping on point for new readers - and sets the stage for the next Power Rangers epic!
Posted By nwcomicgames at 6:10 AM