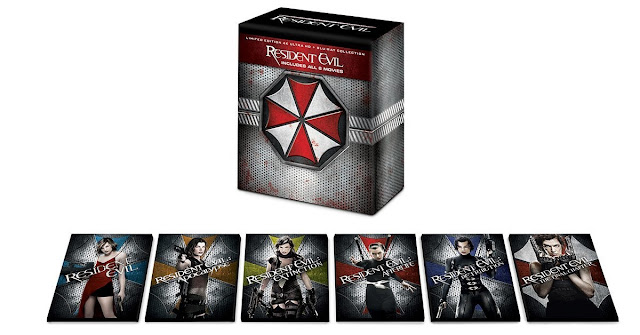 Sony Pictures Home Entertainment recently announced that all six of the live-action films based on the Capcom Resident Evil video game franchise will be available together in 4K Ultra HD as part of a limited edition Resident Evil Collection Blu-ray / Digital box set.

What's more, this set will include hours of bonus content covering each of the films as well as an extended cut of Resident Evil: Apocalypse. Top it all off, the set is down to $71.99 on Amazon in pre-order (arrives on November 3rd) after launching at $95.99. Note that you won't be charged until it ships. More details below.