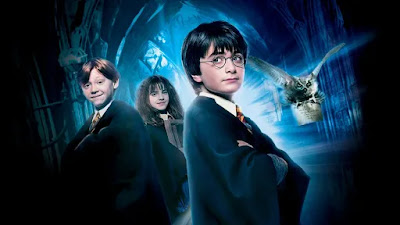 Its return to theaters in China and other international markets on the August 14th weekend, in 4K and 3D, provided the film with the push it needed to raise its lifetime box office to $1,001,260,000 worldwide. That makes Harry Potter and the Sorcerer's Stone the second film in the Harry Potter series to earn $1 billion, after the final movie, Harry Potter and the Deathly Hallows Part 2.

Andrew Cripps, President, International Distribution, Warner Bros. Pictures, announced the new total. "We are thrilled to see Harry Potter and the Sorcerer's Stone delight a new generation of audiences," Cripps said. "The popularity of the film with moviegoers in China, who are discovering it for the first time, proves that the appeal of these stories is truly timeless and universal."

Harry Potter and the Sorcerer's Stone tells the story of a boy who, on his 11th birthday, learns that he is the orphaned son of two powerful wizards and possesses unique magical powers of his own. Invited to attend Hogwarts School of Witchcraft and Wizardry, Harry embarks on the adventure of a lifetime. At Hogwarts, he finds the home and the family he has never had.