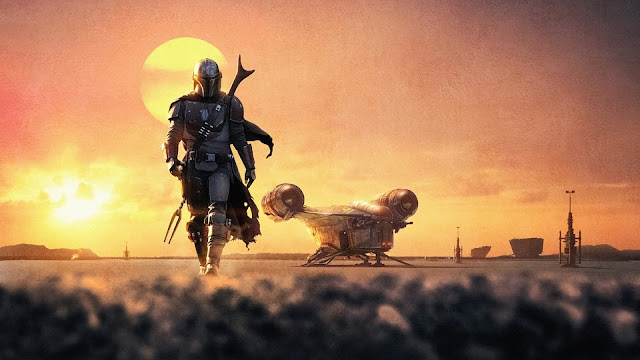 This was a big week for Star Wars: The Mandalorian, which was nominated for 15 Emmy awards. In addition to being up for Best Drama, the show was also nominated for Best Guest Actor in a Drama Series for Giancarlo Esposito's portrayal of Moff Gideon. Esposito took to social media this week to celebrate his nomination and he wasn't the only one.
Taika Waititi also received a nomination for Outstanding Character Voice-Over Performance for voicing IG-11. The actor/director also had a great reaction to the news on social media. Despite not making the list of acting nominees, the show's star, Pedro Pascal, also took to Twitter to celebrate the show's many nominations.
While Pascal is excellent as Mando, we're not exactly surprised he didn't make the list considering he spends 99% of the show acting in a helmet (which is an impressive feat all on its own).
For Best Drama, The Mandalorian is going up against Better Call Saul, Ozark, Stranger Things, Succession, The Handmaid's Tale, The Crown, and Killing Eve.
The second season of Star Wars: The Mandalorian is expected to premiere in October. In addition to The Mandalorian, other upcoming Star Wars series will include a show that stars Ewan McGregor as Obi-Wan Kenobi and a prequel to Rogue One: A Star Wars Story which is set to feature the return of Diego Luna as Cassian Andor and Alan Tudyk as K-2SO.
Posted By nwcomicgames at 6:04 AM