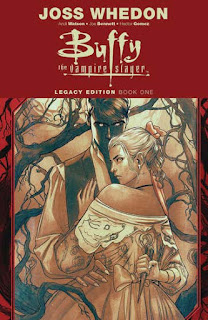 Collects Buffy The Vampire Slayer #1-10 (Dark Horse Comics, published 1998-2003), as well as short stories from the era in a newly designed, value priced format that no Buffy fan can miss!
Posted By nwcomicgames at 4:47 AM