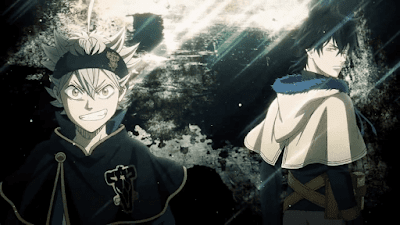 Yesterday, Struggle is at the center of Black Clover's story, and the newest chapter is the best example of this so far as Asta was just handed his biggest loss in the series yet. Asta and Yami pushed themselves to the brink, and were finally able to defeat Dante of the Spade Kingdom's Dark Triad at the end of the previous chapter. But that left them drained, and to their detriment Dante was not the only immediate threat that they had to worry about. As it turns out, the Dark Triad are still as strong as they ever were.

Because while Asta and Yami managed to score a major victory against Dante where Asta managed to break into a powerful new Devil transformation, and their teamwork seemed to open up a world of possibilities. It seemed like it would be a great way to end the arc while teasing the threat they still have to face on the horizon, Yuki Tabata wanted to pour salt in the wounds of Black Clover fans by not only having Asta lose, but having him suffer.

Chapter 260 of the series picks up immediately after they had defeated Dante, and while Asta and the others begin to celebrate, suddenly Zenon of the Dark Triad arrives. Zenon, who had previously destroyed the Golden Dawn and nearly killed Yuno at the beginning of the Spade Kingdom arc, has appeared because he had sensed something had gone wrong with Dante's fight. Catching Yami by surprise, he captures him within his bone magic instantly.

Yami had thought Dante was the top host, but he soon realized how wrong he was in this assumption. The Black Bulls try and save Yami, but Zenon wipes them all out easily with his bone magic. Asta then pleads with his Devil for more power, but the Devil declines as Asta's just too weak. Hearing this, Asta loses all hope and the Black Bulls realize that none of them were able to rescue Yami in time.

The final pages of the chapter see all of their shocked faces as Yami gives one dry smile as he is taken away by Zenon. Asta can do nothing but yell and sit in his biggest lost yet. Not only has the series confirmed that he can't get stronger at the moment, but now that Yami is gone the Dark Triad is one step closer to opening the gates of the underworld. Without Yami at his side, Asta will have to figure things out for himself together with the Black Bulls.
Posted By nwcomicgames at 6:03 AM