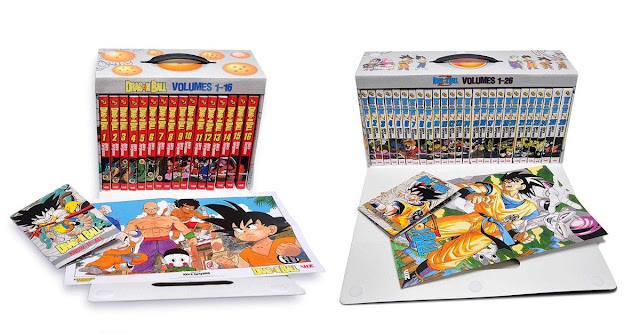 How did I miss this? Last year, the entire Dragon Ball and Dragon Ball Z manga saga arrived in two enormous box sets going for $139.99 and $219.99 respectively. However, at the time of writing, Amazon has the Dragon Ball Complete Box Set on sale for $78.01, which is a whopping 44% off. You can also get the Dragon Ball Z Complete Box Set right here for $129.74 (41% off). The sets include all of the volumes along with an exclusive poster and collector's booklet. A complete breakdown of the contents of each set can be found below.

Legend has it that if all seven of the precious orbs called “Dragon Balls” are gathered together, an incredibly powerful dragon god will appear to grant one wish. Unfortunately, the orbs are scattered across the world, making them extremely difficult to collect. Enter 16-year-old Bulma, a scientific genius who has constructed a radar to detect the exact locations of the Dragon Balls. She’s on a mission to find all seven orbs, but first she must convince young Son Goku to join her on her quest. With a monkey tail, superhuman strength and a magic staff for a weapon, Son Goku is ready to set out on the adventure of a lifetime…"