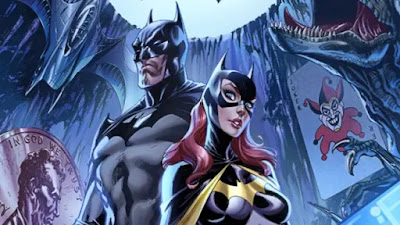 "Celebrating 1000 issues since the first appearance of Batman, Detective Comics #1027 is the blockbuster comic that's as big as most graphic novels!" reads DC's description. "Containing a gallery of tribute art from some of comics' finest talents, stories from some of the biggest names in comics (including a hint at what's to come for the future of both Gotham City and the DC Universe), this is a must-have book for fans of Batman, his allies and his enemies!"

Detective Comics #1027 will feature a series of what DC calls "highly collectible" variant covers, including a series of "Friends and Foes" covers - five of the 10 of which you can see in our gallery.

"These covers will showcase the Dark Knights allies and enemies that have been at the heart of Batman's quest to protect the citizens of Gotham," says the publisher.
Posted By nwcomicgames at 5:31 AM