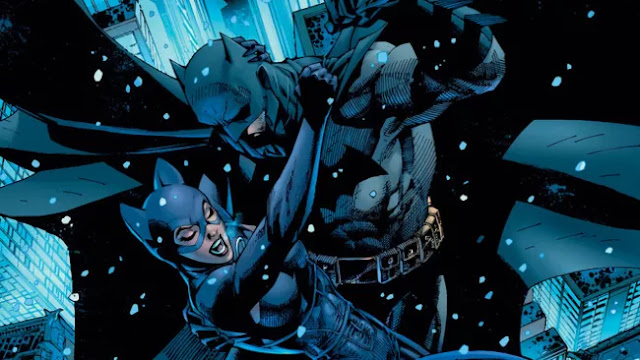 "Gotham City. Today. Bruce Wayne and Selina Kyle have rekindled their long-running, on-again, off-again relationship. Believing all obstacles are removed from their path, they once again begin operating as a duo in their secret lives: Batman and Catwoman working together to fight crime," reads DC's description of the series. "In Batman/Catwoman, a crime story told across three separate timelines, Tom King, Clay Mann and Tomeu Morey return to the romantic saga of Batman and Catwoman, continuing the story they began in the pages of Batman!"

The series will address the multiple versions of Bruce Wayne and Selina Kyle's relationship - from their first meeting to their first kiss, and in some cases even their marriage - told in the character's 80+ year history in DC's comic books.

"There's the past, when The Bat and The Cat first fell in love. Did they meet on the street? Or was it on a boat? Rooftops, ramparts and gargoyles, and over 80 years of fans that have read their comics, are their only witnesses," DC's synopsis continues. "There's the distant future, where after a long and happy marriage Bruce Wayne has passed away. Selina Kyle decides to settle an old score without having to worry about the Batman objecting. Catwoman is serving a very cold dish: Revenge."
Posted By nwcomicgames at 6:01 AM