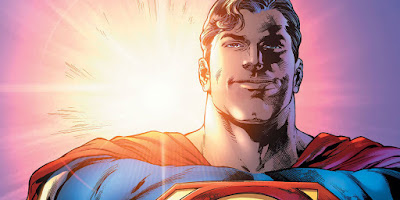 Look up in the sky? It's bird! It's a plane! No, its's Superman! But these days.... Superman is kinda lame! Shit, DC Comics Batman is kicking Clark Kent's as in the comic books right now. Don't get me wrong folk but I love Superman. I've enjoy all the comics growing up as a kid but these days what has Superman done since Brian Michael Bendis has taken the ropes. Who is Brian Michael Bendis? Well, Brian Michael Bendis (/ˈbɛndɪs/; born August 18, 1967) is an American comic book writer and artist. He has won five Eisner Awards for both his creator-owned work and his work on various Marvel Comics books.

Starting with crime and noir comics, Bendis eventually moved to mainstream superhero work. With Bill Jemas and Mark Millar, Bendis was the primary architect of the Ultimate Marvel Universe, launching Ultimate Spider-Man in 2000. He relaunched the Avengers franchise with New Avengers in 2004, and has also written the Marvel "event" storylines "Secret War" (2004–2005), "House of M" (2005), "Secret Invasion" (2008), "Siege" (2010) and "Age of Ultron" (2013).

Though Bendis has cited comic book writers such as Frank Miller and Alan Moore, his own writing influences are less rooted in comics, drawing on the work of David Mamet, Richard Price, and Aaron Sorkin, whose dialogue Bendis feels are "the best in any medium."

In addition to writing comics he has worked in television, video games and film, and began teaching a course on Graphic Novels at University of Oregon in fall 2013 and currently at Portland State University. In 2014, Bendis wrote Words for Pictures: The Art and Business of Writing Comics and Graphic Novels, a book about comics published by Random House, which shot to number one on its Amazon chart.

In November 2017, Brian left Marvel for DC Comics where he has begun to shape an entirely new legacy with his work on Action Comics and Superman, as well as the newly launched Wonder Comics imprint with his latest creation, Naomi.

Some of Bendis' changes have been cheered, while others have been controversial. Whatever the reaction so far, when Bendis' run on Superman and Action Comics comes to an end, the lives of the Kents and their friends will be drastically different than when he first came onto the two books.

For example, this reveal has created a lot of problems for Clark Kent's loved ones. Ma and Pa Kent -- returned to life in Doomsday Clock -- still live in Smallville, but now the farm is heavily monitored and guarded. Lois Lane is now part of the story instead of breaking it, which is a significant role-reversal for her.

As Bendis continues his run on Superman and Action Comics, new stories are rising up. Superman has become Earth's ambassador to the United Planets -- a title he gave himself -- and he is doing everything he can to keep the new galactic group together. Lois and Jimmy Olsen have been having their own adventures in their own maxiseries, which have opened new avenues for the characters. Superboy just came back from the 31st century to learn about his dad's clone, Conner Kent.

Then this also happened as well.... Superman's Secret Identity Reveal. WTF!!!! Why add more issues in Superman's life? Have you enjoyed Bendis run? To me, personally, Batman is way cooler but I want to hear from everyone. Email me Superman Thoughts I have mixed emotions about Superman and the whole Bendis storyline. I don't hate it, don't get me wrong on that but it cleat to me I enjoy reading Batman a lot more because I'm entertained more by the whole Bat story. I will say this however... if or when Bendis takes over Batman series, you'll have my full attention as a comic book fan.
Posted By nwcomicgames at 1:47 PM