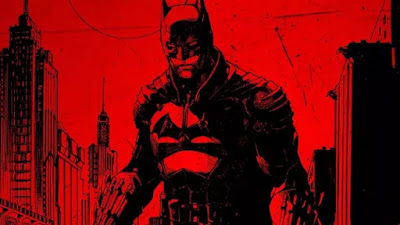 Robert Pattinson has reportedly contracted COVID-19, causing production on The Batman to halt.

As reported by Vanity Fair, Pattinson tested positive for coronavirus just days after shooting resumed following a months-long shutdown, starting in March, due to the pandemic. Warner Bros. declined to confirm or deny the report, instead issuing a statement reading: "A member of The Batman production has tested positive for COVID-19, and is isolating in accordance with established protocols. Filming is temporarily paused."

Matt Reeves' The Batman was originally scheduled to release in June 2021, but was pushed back to October that same year. The story follows Pattinson as a younger, less experienced Batman navigating his responsibilities to Gotham City as well as past trauma. Pattinson is joined in the ensemble cast by Zoë Kravitz, Colin Farrell, Andy Serkis, Paul Dano, John Turturro, Jeffrey Wright, Peter Sarsgaard, Barry Keoghan, and Jayme Lawson.
Posted By nwcomicgames at 6:29 AM