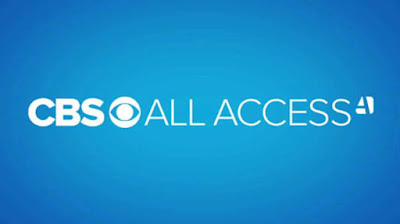 On Tuesday, ViacomCBS announced that the CBS All Access streaming service, home of the expanding Star Trek television franchise, will rebrand as Paramount+ in 2021 as part of the service's expansion to include content from across the company's library of broadcast, news, sports, and entertainment properties. ViacomCBS will also bring Paramount+ to international markets with an initial debut in Australia, Latin America, and the Nordics in 2021.

"Paramount is an iconic and storied brand beloved by consumers all over the world, and it is synonymous with quality, integrity and world-class storytelling," said Bob Bakish, President and CEO, ViacomCBS in a press release. "With Paramount+, we're excited to establish one global streaming brand in the broad-pay segment that will draw on the sheer breadth and depth of the ViacomCBS portfolio to offer an extraordinary collection of content for everyone to enjoy."

CBS All Access began expanding earlier this year by adding properties from across other Viacom brands. Leading up to the Paramount+ rebranding, CBS All Access will expand its content offering to more than 30,000 episodes and movies and continue to develop additional original series across brands including BET, CBS, Comedy Central, MTV, Nickelodeon, Paramount Pictures, and more.

"The response from consumers in just the early weeks of the service's expansion already illustrates the tremendous opportunity ahead of us in bringing these phenomenal ViacomCBS brands together in one premium streaming home under the new Paramount+ name," said Marc DeBevoise, Chief Digital Officer, ViacomCBS and President & Chief Executive Officer, ViacomCBS Digital. "With the addition of even more content.
Posted By nwcomicgames at 6:14 AM