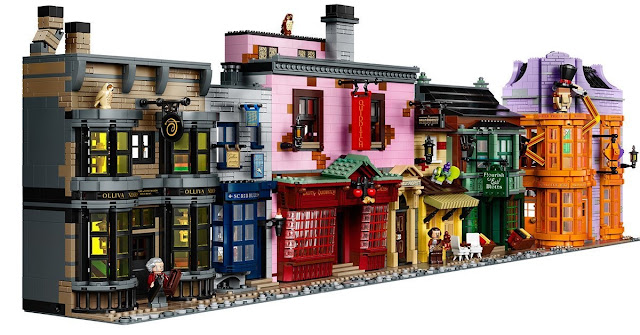 The next big Harry Potter LEGO release is the 75978 Diagon Alley set which will be among the biggest LEGO sets ever produced at 5544 pieces. It goes above and beyond the original Diagon Alley LEGO set with four buildings (six shops), 14 minifigures (including four that are exclusive to this set), and more.

Additional details are available below, along with info on when and where you'll be able to get your hands on it. As of today, quick update: The set is still available to order here at LEGO.com for $399.99 as of the morning of September 8th.

It's awesome!
Posted By nwcomicgames at 6:48 AM