Tuesday's Headlines | Nominees For The 2020 Harvey Awards are... 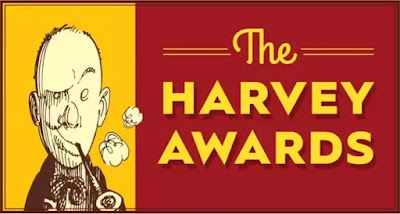 The nominees for 2020's Harvey Awards have been unveiled. The annual comics award grouping looks for the best in the past 12 months in the categories of 'Book of the Year,' 'Digital Book of the Year,' 'Best Children or Young Adult Book,' 'Best Adaptation from Comic Book/Graphic Novel,' 'Best Manga,' and 'Best International Book.'

As with previous years, 2020's Harvey Awards nominees were chosen by a committee made up of comics pros, retailers, educators, press, and librarians. The awards are overseen by ReedPop's Camilla Di Persia and Chris D'Lando, along with Eden Miller.

With the nominees now announced, all comic pros who have been approved for a Professional or Artist Alley badge in a ReedPop convention in the past four years are eligible to vote for the winners. The deadline for voting is September 21.

The 2020 Harvey Awards are scheduled to be announced during New York Comic Con MetaVerse, which runs October 8 through 11.

Here are the nominees for the 2020 Harvey Awards: