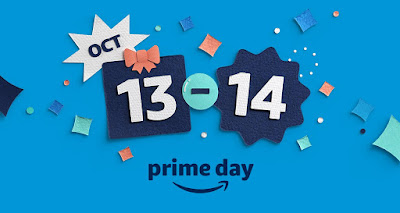 The latest Amazon Prime Day is finally upon us, so if you're wondering when the major Amazon Prime Day sales will kick off, here is everything you need to know about this year's festivities taking place on October 13th and 14th. The big Amazon sale typically takes place in July, but 2020 gon' 2020 so the retailer decided to delay the massive discount event until October. Now we know Amazon Prime Day will kick off at 12am PST (3am EST) on Tuesday the 13th and will run until 11:59pm PST on Wednesday the 14th.
Amazon's biggest sales event of the year also falls into a holiday shopping season that won't see traditional Black Friday, making the online retailer's two-day sale event even more important. There will be a lot more competition for online deals this year and less time for restocks in the midst of a manufacturing slowdown due to COVID-19. The good news is that we have some tips and strategies that will help you make the most of your Prime Day opportunity.
As noted, holiday shopping is going to be different this year, so gambling on better deals as we get closer to the holidays might not be the best strategy this time around. This is certainly true if you're interested in Amazon products like Echo speakers, Fire TV devices, Kindles, Ring security devices, etc. In fact, a range of official Prime Day deals are already live here on Amazon. Some highlights can be found below. Note that the first round of deals has ended, so take advantage of the available deals while you still can.
Amazon Prime Day Deals That Are Already Live
Get two Echo Dot devices for $39.99 (enter code DOTPRIME2PK at checkout) - ENDED
Get the Fire TV Recast for $129.99 - ENDED
Spend $20 on ebooks and get a $5 ebook credit
Insignia 50-inch 4K Fire TV for $249 - ENDED
Toshiba 43-inch Fire TV for $179 - ENDED
Prime Members that are new to Amazon Music Unlimited can get four months for 99 cents
Prime members can save $50 on a year of Audible Premium Plus
Newer deals this week:
Toshiba 55-inch 4K UHD TV - Fire TV Edition for $299.99
Toshiba 32-inch Smart HD Fire TV Edition TV for $119.99
Insignia 43-inch Smart 4K UHD Fire TV Edition TV for $199.99
Save $40 on Echo Show 5
Echo Auto plus six months of Amazon Music Unlimited for $19.99
Blink Mini indoor cameras—one for $24.99, two for $49.98, or get Echo Show 5 and Blink Mini for $54.99
Posted By nwcomicgames at 6:08 AM