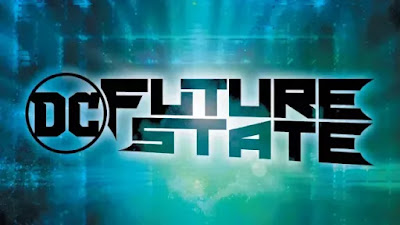 DC as a publisher may like to keep their publishing plans close to the vest, but longtime readers and observers know they also love to foreshadow their plans in seemingly innocuous and often seemingly unrelated (but very deliberate) 'installments.'
In other words, DC likes to reveal what's coming up on layaway.
Publisher/chief creative officer Jim Lee recently made a news payment in his fan Q&As during part two of DC Fandome. Lee chose a question and answered it in a way to make it very clear the rumored and so-called '5G' reboot that was seemingly to be the culmination of the original incarnation of the 'Generations' event (a fixation of the industry rumor mill early this year) was "not going to happen."
Whether '5G' was ever a fully-greenlighted publishing plan we may never know. And exactly the reasons why and sequence of events surrounding the exit of co-publisher Dan DiDio and the subsequent shelving of the 'Generations' project in its original form we may also never know. But for whatever their reasons, DC wants its readers to know this:
THERE. WILL. NOT. BE. A. REBOOT.
Perhaps the notion of readers drawing an association with the seemingly more-maligned-as-the-years-pass full reboot 'The New 52' put the fear of Darkseid into DC brass, but that's neither here nor there. Because Lee's delivered-on-the-sly 'Future State' preamble makes figuring out what the January and February 2021 event is a little easier.
What we already know
As clearly stated in the teaser, 'Future State' takes place in January and February. In other words, it only takes place in January and February. Not beginning in January. Not extending past February.
In DC terms, that means it is finite.
What nobody noticed about the December 2020 DC solicitations
Perhaps the key to understanding the likely nature of 'Future State' is to again consider the things DC is already trying to tell us all on the down-low.
Recalling that DC has in recent months canceled a large handful of ongoing series like Batgirl, Teen Titans, Suicide Squad (a condition that won't last with a film coming up), and Hawkman, according to DC's December 2020 solicitations every single remaining core DC Universe series either concludes a story arc in December or isn't in a multi-month arc.
- Batman #105: "… the no-holds-barred conclusion of this epic tale."
- Wonder Woman #769: "It's the final chapter of the 'Sage of Lords.'"
- Superman #28 and Action Comics #1028: End of the Brian Bendis era.
- Justice League, Justice League Dark, Aquaman, and The Flash: All involved in the finite, December-only 'Endless Winter' crossover story arc sans their current creative teams.
- And recall Aquaman was already without a regular creative team before the December Justice League crossover.
Add to that the surprisingly now small number of other ongoing core DCU series like Detective Comics, Nightwing, Red Hood, Superman/Batman, etc, are all in seemingly one-off stories in December. So every mainstream DCU title has no story baggage in January or February. A clean slate.
Posted By nwcomicgames at 6:09 AM