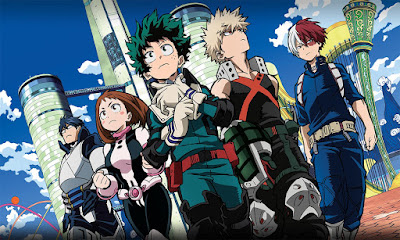 If you're one of the anime fans that has been anxiously awaiting the release of My Hero Academia: Heroes Rising on Blu-ray / Digital, you'll be happy to know that your wait is nearly at an end. The Blu-ray is slated to hit on October 27th, and there are several options to choose from - some of which include fun bonuses.

Standard Edition: Pre-orders for the standard Blu-ray / Digital release of My Hero Academia: Heroes Rising are live here at Best Buy and here at Amazon for $24.99. If you pre-order with Amazon you'll be treated to one free digital My Hero Academia comic from Comixology. 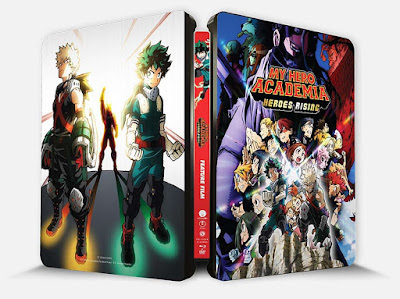 SteelBook Edition: The next option is Best Buy's exclusive SteelBook edition with a fancier cover, which you can grab here for $27.99 - only $3 more than the standard release.

FiGPiN Edition: Walmart has an exclusive Blu-ray bundle for My Hero Academia: Heroes Rising that includes a FiGPiN of Izuku in costume for collectors. The bundle is available here at Walmart for $28.99.

Posted By nwcomicgames at 6:03 AM