Peripheral manufacturer PowerA is set to release a trio of new Mario controllers for Nintendo Switch later this month. The three controllers are officially licensed by Nintendo, and offer different options based on what gamers are specifically looking for. The new controllers will be offered in Enhanced Wireless, GameCube Style, and Enhanced Wired designs. With the holiday season just around the corner, these offerings could be the perfect option for those expecting to receive a Switch this year, or just those looking for a new controller to spice up their current collection! Images of the three controller options can be found below. 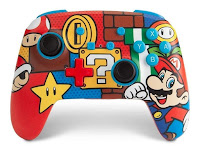 The Enhanced Wireless controller is quite similar to Nintendo's own Pro Controller for Switch. This controller does not allow for Amiibo compatibility or rumble. However, at $49.99, it's also slightly cheaper than the version offered by Nintendo. The design features gorgeous imagery of the mustachioed mascot alongside multiple power-ups from the series. 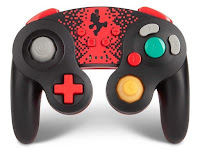 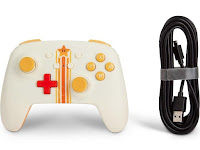 Last but not least is the Enhanced Wired Controller. Featuring a gorgeous take on a Power Star, the controller is the cheapest of the three offerings, at $24.99. For those that don't mind playing while tethered, it should be a fine option. The USB cable is detachable for storage purposes, making it a bit easier to pack away than vintage tethered controllers. Unlike the Wireless Controller and Nintendo's Pro Controller, it does feature an audio jack, which should be a welcome inclusion!