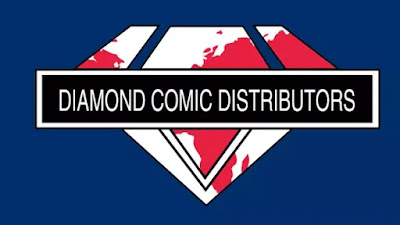 Diamond Comic Distributors have informed retailers that the company's warehouse in the United Kingdom was ransacked over the weekend, affecting planned comics distribution to the comic stores who utilize Diamond as a distributor.
"I'm afraid that I have to report that the Diamond UK warehouse facility has been broken into over the weekend," reads a letter from the distributor to affected retailers sent Monday morning. "We've been working with the police and their forensics teams throughout the day but have been unable to access the building for most of the day.
"We are now in a position to start cleaning up the mess and devastation that the thieves left behind and are aiming to re-open the UK warehouse [Tuesday] morning."

Diamond UK's warehouse facility is located in Runcorn, Cheshire, England, and distributes comic books and other related products to UK, European, and other non-American comic shops.

Sources we're unable to reach Diamond for more information on the alleged break-in, however the company's letter to retailers says that numerous pallets and boxes have been moved and they can't currently guarantee orders will be filled in their entirety this week.

Diamond intends to ship out this week's orders Tuesday (as they're able), for a planned Wednesday arrival - a day or two later than the usual delivery. Due to that, Diamond is asking UK retailers to hold these deliveries from going on sale until October 8 to even the playing field with other retailers who may receive it sooner than some.

Diamond says its UK warehouses intend to be able to receive all incoming shipments as planned this week, for next week's orders.

Posted By nwcomicgames at 3:50 PM