Monday's Headlines | Who is the Next Batman? 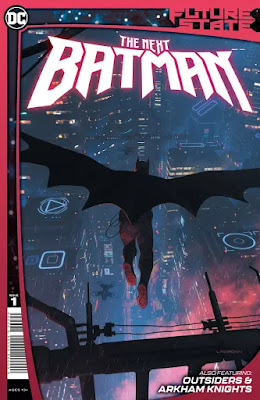 Batman is Bruce Wayne - but come January 2021, that'll no longer be the case as DC is introducing a new Batman - the Next Batman - as part of their Future State line-up.

Set several years in DC's future, Future State: The Next Batman focuses on a Gotham City overtaken by a totalitarian police force known as the Magistrate. They are a police group whose first order of business was taking down the rogue vigilante Batman - and they did, ending up with Bruce Wayne/Batman's apparent death.

And while you can kill a person, Batman has enough friends and followers that you seemingly can't kill the dream of Batman - and a new hero will take up the role… but DC has been mum on who the next Batman will be, playing it up as a mystery.