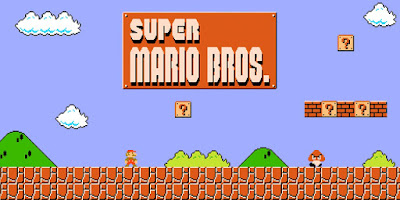 Nintendo showed off brand new Special Battle for Super Mario Bros. 35 this week and it’s all about Bowser. The battle royale Mario game has been a bit of an oddity since launch and that strange experimental vibe is continuing with these weekly challenges. Bowser’s castle serves as the inspiration for the new stages this week all the way until Sunday.

So, it’s time to get out those Switches and hope for good luck in the race to the finish against all your fellow players. Things kick off at 11 PM PT and end on Sunday at 10:59 PM PT. All of the stages from W-1 through W-4 of Super Mario Bros. will be represented. People have been chipping away at the game trying to find strange moments and secrets. No doubt some are hidden within this challenge.

Amazon teamed with the company on some special delivery boxes for select customers. The two unveiled the design on social media to almost instant acclaim. It’s clear the retailer worked hard to get this ready as a holiday rush surprise. Now, there will probably be people scheming to get their hands on the boxes and tossing them on eBay as a collector's item this winter.

“Super Mario Bros. 35: Welcome to Super Mario Bros. … with 35 players! In this competitive online battle game, 35 players will compete to be the last Mario standing … or running. Enemies defeated will be sent to other players’ courses, but that also works the other way around! Players can activate special items to try and outpace their opponents. Super Mario Bros. 35 launches on Oct. 1 as a digital-only game exclusive to Nintendo Switch Online members. The game will be playable until March 31, 2021.”

Posted By nwcomicgames at 5:56 AM