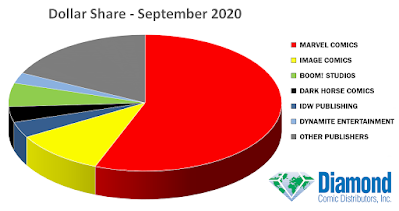 How does Diamond calculate the charts? It all starts at the comic book shop.

Data for Diamond’s sales charts are compiled by Diamond Comic Distributors from sales made to thousands of comic book specialty shops located in North America and around the world.  Additional sales made to online merchants and other specialty retailers may be included as well. 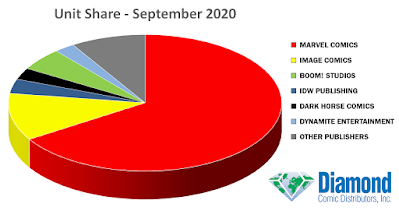 Unit and dollar market shares are calculated based upon orders for comic books, graphic novels, and magazines invoiced and shipped to Diamond customers during any given month, which comprises pre-orders, advance reorders, and reorders, minus any copies that are received back from a title marked as returnable.

Some accounts may use a variety of Point-Of-Sale (POS) tools and other sales systems, while others do not. Sales data from other sources based on a varied set of POS users are limited to specific store performance and may not include data from other industry accounts. POS data are limited to each individual POS system’s user base and do not accurately present a holistic view of the industry.

Please note that reported quantities on comics marked with an asterisk (*) have been reduced based on an estimate of retailer expected returns that may or may not occur and thus, the title may rank lower on the charts than their actual sales would reflect.

The New Titles Count Chart includes all titles that were invoiced by Diamond to retailers for the first time during the month and is not the official solicited title count for the month. Variant edition comic books and graphic novels at the same price point count as a single SKU. Variant edition comic books, lenticular covers, digital combo packs, and graphic novels at different price points count as separate SKUs for each edition.